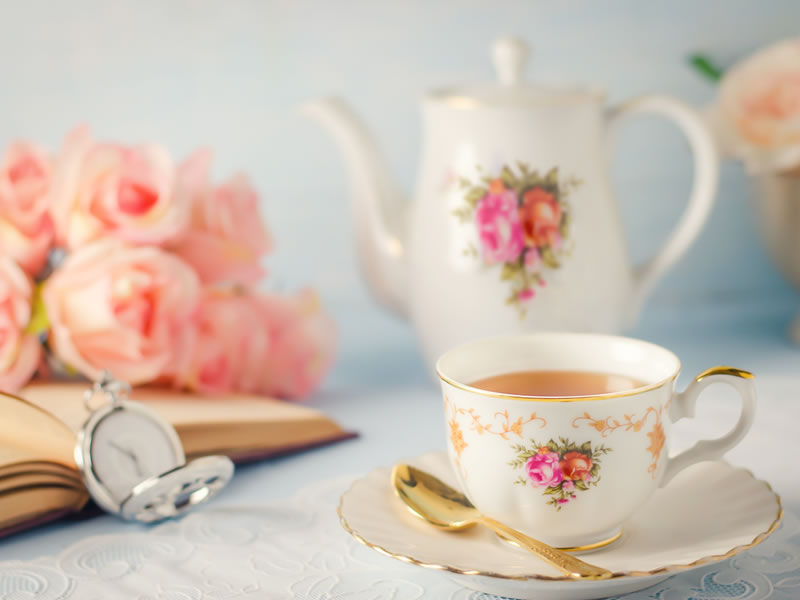 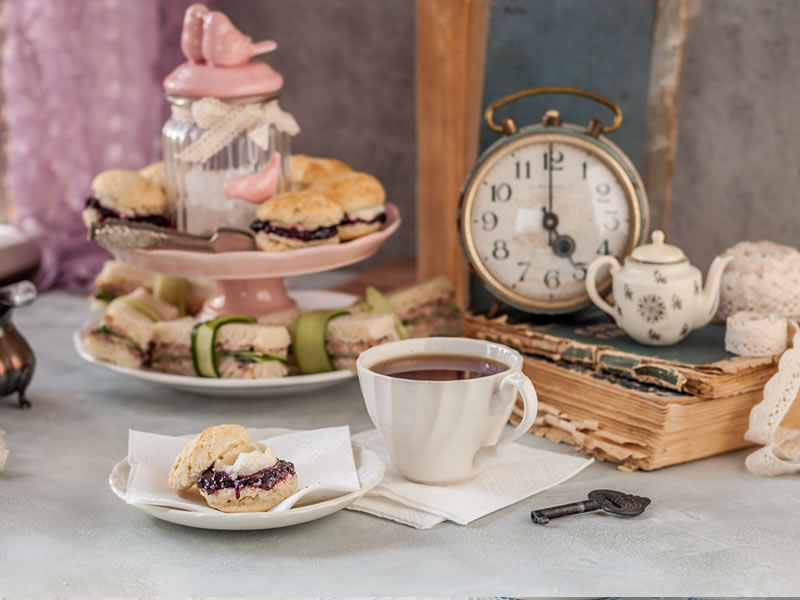 Anna Maria Russell, Duchess of Bedford, is the lady we should all be very grateful to, for it is she who was the originator of Afternoon Tea.  Lifelong friend to Queen Victoria and Sister-in-Law to Prime Minister John Russell, Anna Maria Russell and her husband spent most summers at their family estate in Woburn Abbey, Bedfordshire.

During the 18th Century, dinner was being served later and later in the day until, by the 19th Century, the usual time for dinner to be served was between 7.30 and 8.30pm.  An extra light meal called “Luncheon” had already been created to fill the day time gap between Breakfast and Dinner, but this meal was usually light and didn’t suffice until the evening.  It is at this time in 1840 and whilst Anna was at Woburn Abbey that she is said to have complained of “having that sinking feeling” during the late afternoon and request that a tray of refreshments be brought to her in her Boudoir.

The refreshments consisted of Tea (usually Darjeeling), cake and bread and butter.  Bread and butter was quickly replaced with the “sandwich” when news spread from the town Sandwich and its inventor, John Montague, 4th Earl of Sandwich.  It is said that in the late 18th Century, he ordered his valet to bring him “meat tucked between two slices of bread”, so that he didn’t have to pause when playing crib, to eat.

Afternoon Tea quickly became a favourite routine for Anna and soon she was busy inviting friends including Queen Victoria along to join her at Woburn Abbey and her residence in London.

News rapidly spread of this wonderful afternoon event and over the next 40 years, Afternoon Tea became Vogue for Upper Class and Society Ladies to take part in.   During the 1880’s, ladies would dress in long gowns, hats and gloves for the event, which had by now been promoted to the use of the Drawing Room.

Afternoon Tea has of course, become more luxurious over the years but the principal has remained traditional. Tea is still served in China teacups and sandwiches and cake are always a constant on the menu. Today though, Afternoon Tea is available to all classes and the menus are a little more extravagant!